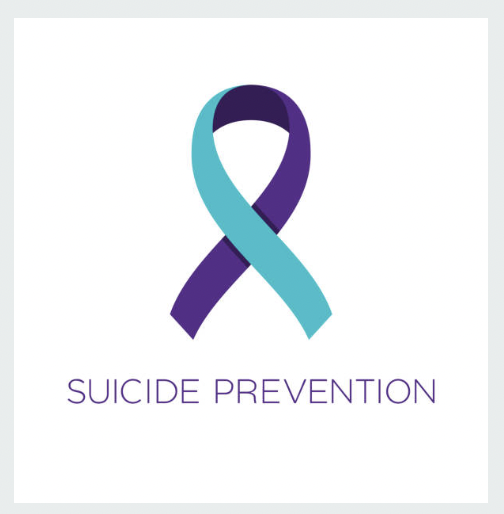 Each year, around 800,000 people die from suicide, and nearly 20 times that number attempt it.

Though the causes of suicide and suicide attempts are varied, it is often preceded by suicidal ideation (i.e., contemplations, wishes, and preoccupations with death and suicide). As a result, researchers have increasingly been searching for compounds that treat these thoughts and feelings.

Ketamine has stood out as a promising candidate, with several studies indicating that it is highly effective against suicidal ideation. While these results are encouraging, they generally have not focused on patients experiencing more severe suicidal ideation (SI) or in the middle of a suicidal crisis. Additionally, as far as outcomes go, many studies have measured the number of “treatment responders” (i.e., individuals who experience at least a 50 percent reduction in symptom severity) as opposed to the amount who experience remission (i.e., a complete absence of suicidal ideas).

To fill in these gaps, a team of researchers led by Dr. Mocrane Abbar conducted a double-blind placebo study to assess the effects of ketamine on cases of severe SI. Due to its double-blind placebo-controlled structure, half of the subjects were given an inactive ingredient not known to improve SI. Additionally, neither the subjects nor the experimenters knew whether ketamine or the placebo was given.

Below are some of the key findings from this study. 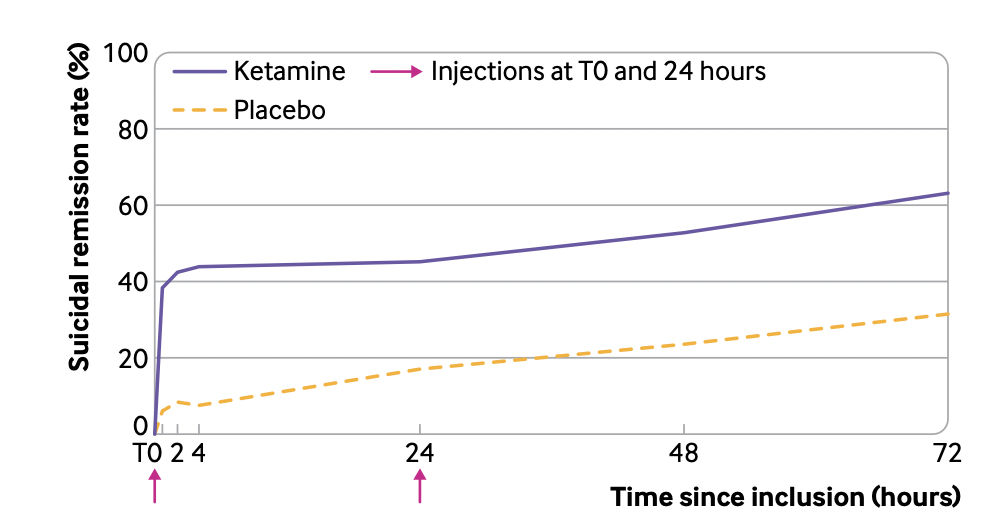 SI is an urgent condition warranting an immediate and swift response. As such, it’s vital that ketamine not only works for many patients but also exerts its effects quickly and robustly.

As the graph above shows, many patients achieved remission almost immediately. Specifically, 43.8 percent of participants suffering from severe suicidal ideation achieved remission of their symptoms only two hours after their first infusion.

The Effect was Persistent

Immediate and robust relief of SI is a significant result on its own. However, this finding may have a limited impact if SI promptly returns. Fortunately, the researchers found that the effect lasted six weeks for nearly 70 percent of the patients. 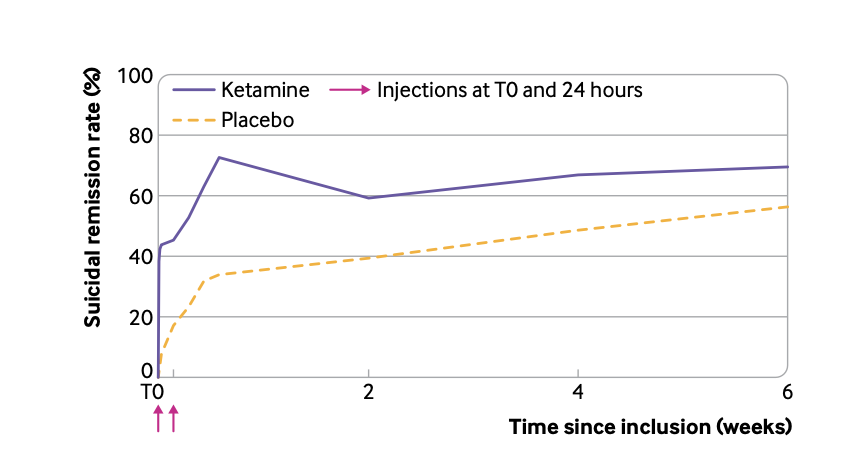 While far from permanent, the six-week reprieve many patients experienced is promising for several reasons. For one thing, given that suicidal ideation is strongly associated with suicide attempts, these subjects may be far less likely to attempt suicide within those six weeks. Second, repeated infusions may lengthen this period of relief even further. Additionally, patients who have yet to create a holistic system of support to supplement their pharmacological treatments with other forms of therapy may find they have more energy to do this while the ketamine is lifting the heavy mental burden of severe SI.

The Effect was Strongest for Those Suffering from Bipolar Disorder

The research team found that ketamine’s therapeutic effect on SI generally depended on the mental condition the patient was suffering from.  More specifically, they found that ketamine infusions had the strongest impact on SI in patients who have bipolar disorder.

Among individuals suffering from depression, the effect was more moderate, with 42 percent of subjects experiencing a remission of their SI.  To shed light on the result, the researchers note that “one study of treatment-resistant depression suggests that repeated doses of ketamine might be necessary for some patients to achieve remission of severe suicidal ideas.” In other words, it may be that this group would have experienced a more significant improvement in their SI symptoms had they undergone more ketamine infusions.  Future studies will need to verify whether this is true.

In addition to compiling more robust, reliable evidence that ketamine is a good treatment for severe SI, the research team collected data that may shed light on why it is so effective. In particular, they measured patients’ levels of “mental pain” and looked for correlations with remission levels.

They found that patients’ self-reported mental or psychological pain was strongly correlated with the severity of their SI and that the ketamine infusions had the most substantial positive effect on their SI when they alleviated psychological pain. This suggests that ketamine’s impact on SI is, at least partly, the result of its ability to relieve psychological pain.

Research continues to verify ketamine’s therapeutic effect on SI. This study provides some of the strongest evidence to date, suggesting that ketamine can provide rapid relief in cases of suicidal crises. It also sheds light on why ketamine has this effect and indicates that the degree to which it is helpful may depend on the individual’s particular mental health condition.

If you are experiencing symptoms of SI, please contact the Suicide Crisis and Prevention Lifeline at 988.

If you feel you need to see a mental health professional or could use help deciding which service is right for you, please give us a call at 805-204-2502 or fill out an appointment request here. We have a wide variety of providers, including therapists, psychiatrists, nurse practitioners, and nutritional therapists who can see you in as little as one day via teletherapy.